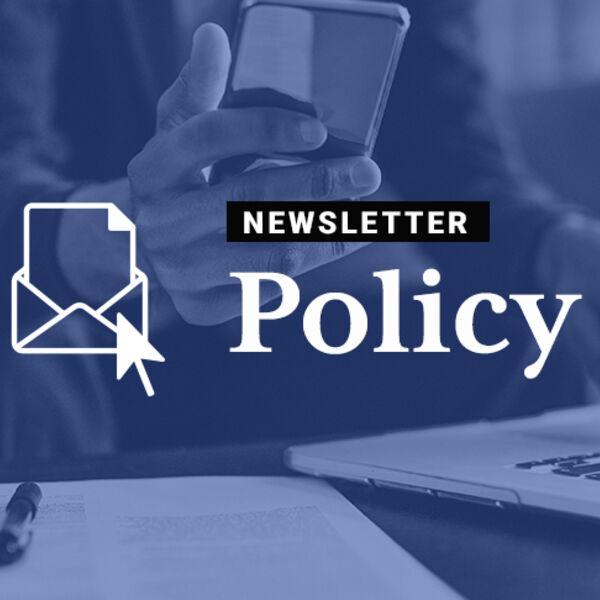 Top appropriators are quickly moving to advance Fiscal Year 2023 (FY2023) spending discussions following the release of the President’s FY2023 Budget Request to Congress on March 28. Democrats intend to advance the spending bills on a normal timeline in order to avoid the FY2022 spending scenario where Congress had to issue a string of continuing resolutions to fund the government as a result of protracted spending negotiations. House lawmakers are expected to markup subcommittee spending bills in June, working to finalize a bipartisan spending package by the start of FY2023 on October 1. However, partisan battles ahead of the midterm elections could derail that timeline.

NASTAD is monitoring the FY2023 appropriations process and will advocate for the highest possible funding levels on behalf of HIV and hepatitis programs.

On May 6, Energy and Commerce Committee Chairman Frank Pallone, Jr. (D-NJ-06) and Ranking Member Cathy McMorris Rodgers (R-WA-05) introduced legislation to reauthorize key Substance Abuse and Mental Health Services Administration (SAMHSA) and Health Resources and Services Administration (HRSA) programs to address the national mental health and substance use disorder crises. The bill, titled the Restoring Hope for Mental Health and Well-Being Act of 2022, was marked up in committee on May 11. Among other health provisions, the bill authors proposed modifying block grant recipient requirements to greater include HIV and viral hepatitis screening and referrals. Notably, Republicans raised issues around the funding being used to purchase safe consumption supplies for harm reduction programs, such as safer smoking kits and other drug paraphernalia. The committee will vote on the package on May 18.

On May 10, CDC observed the first-ever National Fentanyl Awareness Day. Founded by parents who have lost loved ones to the drug overdose epidemic, National Fentanyl Awareness Day is supported by a group of subject matter experts, corporations, nonprofits, schools, families, and elected officials who are coming together to amplify the issue via social media. CDC developed sharable resources to raise public awareness of fentanyl-driven drug overdoses with the recent fentanyl campaign.

“Gov. Brian Kemp has signed into law a bill that modernizes some of Georgia’s rules around HIV-status disclosure. Under the prior law, any person living with HIV who did not disclose positive HIV status prior to a sexual act could face a felony charge punishable by up to 10 years in prison, according to Georgia Equality, an LGBT advocacy group. The revised law is narrower in scope. Now, Georgia law penalizes only those sexual acts performed by a person living with HIV “with the intent to transmit HIV” when the act “has a significant risk of transmission based on current scientifically supported levels of risk transmission.”

CDC MMWR: Notes from the Field: Trends in Gabapentin Detection and Involvement in Drug Overdose Deaths — 23 States and the District of Columbia, 2019–2020

The Indian Health Service (IHS) is accepting applications for a cooperative agreement for the Ending the Human Immunodeficiency Virus (HIV) and Hepatitis C Virus (HCV) Epidemics in Indian Country (ETHIC) program. The purpose of this program is to support communities in reducing new human HIV infections and relevant co-morbidities, specifically STI and HCV infections, improve HIV-, STI-, and HCV-related health outcomes, and reduce HIV-, STI-, and HCV-related health disparities among American Indian and American Native people. Applications are due June 17, 2022.

This position will report to the Washington State’s Office of Infectious Disease (OID) Office Director and serve as the primary staff contact within OID for the Washington State syndemic planning process.  Program planning duties include coordinating effectively with the consultant group creating the new planning structure, facilitating the syndemic planning steering meetings as well as attending workgroup meeting and conducting community caucus groups as designated. Applications close May 30.

Baltimore City Health Department is seeking to fill the position of the Social Innovations Team Lead for the Bureau of Clinical Services and HIV/STI Prevention. The HIV/STI Social Innovations Team is a unique and visionary program at Baltimore City Health Department that utilizes a human-centered design approach to engage with the Baltimore community on issues related to HIV and Sexually Transmitted Infection (STI) prevention.  The team creates innovative, original, and engaging programming to involve the community in the heart of the Health Department’s work.

The Bureau of Infectious Disease and Laboratory Sciences (BIDLS) at the Department of Public Health (DPH) is seeking an experienced leader who is eager to join a mission-driven and fast-paced team in effectively and efficiently supporting the day-to-day operational needs of BIDLS.  The selected candidate will provide direct and indirect supervision to a total of 55 staff, including 5 Managers, and will oversee an annual budget in excess of $500M. To be successful, the incumbent of this position must be detail-oriented and also must understand the complexities of systems change and implementation in government systems, with the ability to ensure alignment with the Bureau’s and Department’s mission, goals, and objectives

The Data Management Consultant will work with the Ryan White HIV/AIDS Program (RWHAP) Part B AIDS Drug Assistance Program (ADAP) Monitoring Project team to support the production of the 2023 National RWHAP Part B ADAP Monitoring Project Report. This consultant will work on an hourly basis throughout the contract period (June 15, 2022 – January 31, 2023). Submissions are due by close of business, Wednesday, May 18, 2022.

We are hiring for a Project Data Manager (Research Consultant) to work closely with the principal investigator, project coordinator, survey site staff, CDC personnel, and other support staff to enact all data-related components of Project NEXUS. This position will supervise the NEXUS data team, including two research assistants, lead data analysis, and be the main point of contact for the CDC data management team. They will also provide support for the Dave Purchase Memorial Survey and the National Harm Reduction TA Center as needed.

This position is responsible for the data analysis activities for the Louisiana Office of Public Health STD/HIV/Hepatitis Program (SHHP), in the Hepatitis Surveillance unit. Data utilized for Hepatitis Surveillance activities include Hepatitis laboratory data, Case Report Forms, Provider Report Forms, Linkage to Cure data, investigation data, Medicaid data, and data from related sources and programs. This position will implement and coordinate data analysis activities to monitor and evaluate progress toward meeting hepatitis elimination within the state. All activities must be completed in accordance with the security and confidentiality guidelines required by the Centers for Disease Control and Prevention (CDC) and SHHP.

The Baltimore City Health Department (BCHD) is seeking an Assistant Commissioner to lead the Bureau of Communicable Disease and Outbreak Control. This senior management position will lead a talented team responsible for communicable disease investigation, outbreak control and emergency preparedness programming. The incumbent will also be responsible for developing and implementing agency wide policies related to health department readiness to respond to public health emergencies. The incumbent will report directly to the Deputy Commissioner for BCHD’s Division of Population Health & Disease Prevention.

The New York State Department of Health, in partnership with Health Research, Inc, has various job openings, including some within the AIDS Institute. Please visit this link to learn about their current opportunities.

“More than 107,000 Americans died of drug overdoses last year, setting another tragic record in the nation’s escalating overdose epidemic, the Centers for Disease Control and Prevention estimated Wednesday. The provisional 2021 total translates to roughly one U.S. overdose death every 5 minutes. It marked a 15% increase from the previous record, set the year before. The CDC reviews death certificates and then makes an estimate to account for delayed and incomplete reporting.”

“The Senate once again failed to advance abortion rights legislation Wednesday, in a largely symbolic effort Democrats mounted in response to the Supreme Court’s draft opinion overturning Roe v. Wade. In a 49-51 vote, the Senate rejected the Democratic legislation, with Sen. Joe Manchin (D-W.Va.) and all Republicans voting against the measure. While the outcome was no surprise and mirrored a similar vote on abortion protections the Senate took in February, Majority Leader Chuck Schumer suggested the court’s draft opinion, published by POLITICO last week, had raised the stakes.”

Up to 14M people could lose Medicaid coverage when health emergency ends: study

“Mounting legal challenges to pandemic public health rules — and judges’ increasing willingness to overrule medical experts — threaten to erode the influence of the Centers for Disease Control and Prevention and other government health authorities.

In the last year, four court rulings against the CDC, including one from the Supreme Court, have forced the agency to stop or change its pandemic mitigation orders. Most recently, a Florida district judge ordered a national injunction ending the agency’s mask mandate on public transport.”

END_OF_DOCUMENT_TOKEN_TO_BE_REPLACED

A monthly dose of news delivered straight to your inbox.
END_OF_DOCUMENT_TOKEN_TO_BE_REPLACED