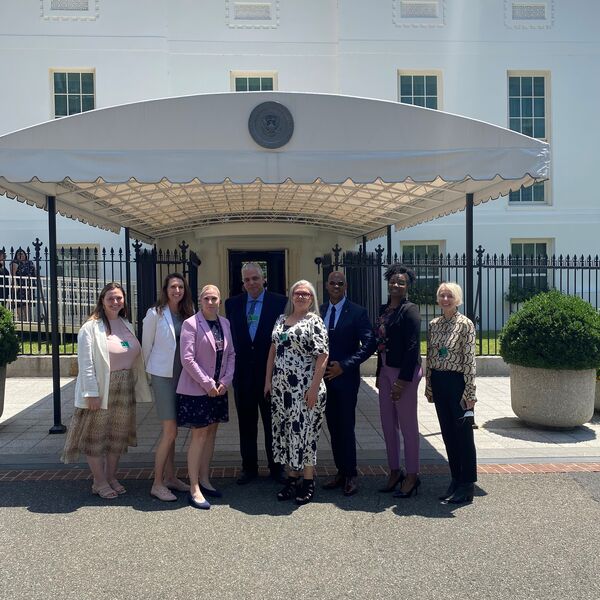 On June 30, 2022, I attended the White House Convening on Prosecution of HIV Criminal Laws. Co-conveners included The American Prosecutors Association and the Center for HIV Law and Policy. I was joined by my fellow NASTAD colleague, Emily McCloskey Schreiber, Senior Director of Policy and Legislative Affairs; NASTAD Board Chair Beth Crutsinger-Perry (WA); and many NASTAD members, including Meredith Brantley (TN); Jamila Ealey (GA); Julie Finch (LA); Adrian Guzman (NYC); Emma Spencer (FL); and Scott Stokes (WI). It was imperative that we attended this meeting with the intention to advocate for HIV criminal law reform and eradicating policies and legislation that discriminate or stigmatize individuals due to their health status.

The purpose of the meeting was to discuss the impact that HIV criminalization laws have on people living with HIV (PLWH) and how these laws hinder our goals of ending the HIV epidemic. It was an opportunity to learn and discuss the existence of HIV criminalization laws in almost 30 states and how they disproportionately impact Black and Latine communities; sex workers; and LGBT+ individuals. Many of these laws can lead to PLWH being charged and sentenced to crimes because they did not disclose their status, even if HIV is not transmitted. Not only are these laws unjust, but they also are not deemed effective in mitigating HIV transmission. There is no research to support that HIV criminalization laws successfully reduce HIV transmission. On the contrary, studies show that these laws dissuade individuals from getting tested; seeking treatment; and disclosing their status due to fear of prosecution.

Participants learned that HIV criminalization laws are outdated and do not recognize recent medical and scientific advancements in HIV research. During the meeting, we had the opportunity to discuss the science of undetectable = untransmittable (U=U), which means that people living with HIV who  adhere to antiretroviral therapy (ART) can maintain an undetectable viral load and not transmit HIV through sex. We also discussed pre-exposure prophylaxis (PrEP), a medication when taken as prescribed, is highly effective in preventing HIV transmission.

Prosecutors and policymakers were receptive to this information and were grateful to have been informed about the innovative ways to mitigate HIV transmission. Overall, it was a very positive meeting with a diverse group of stakeholders, such as attorneys general, district attorneys, health departments, HIV advocates, public health organizations, and more. However, I did notice that there was no representation of law enforcement. The absence of law enforcement was a missed opportunity to broaden the table and ensure that law enforcement was also educated about the impact of HIV criminalization laws on PLWH. This information could have affected how PLWH are policed and treated by law enforcement in the criminal justice system.

NASTAD prioritizes social justice and dismantling discrimination and stigma at all levels. The White House Convening on Prosecution of HIV Criminal Laws was an opportunity for stakeholders to emphasize the message that HIV is not a crime and laws that perpetuate this should be repealed.

A monthly dose of news delivered straight to your inbox.
END_OF_DOCUMENT_TOKEN_TO_BE_REPLACED