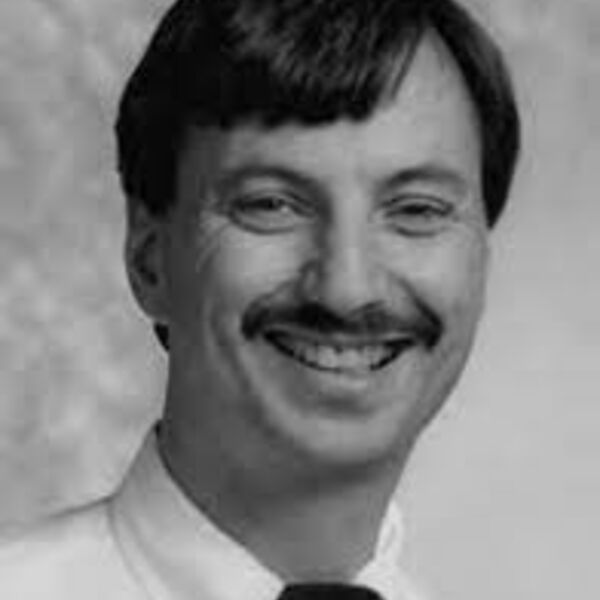 The Nicholas A. Rango, MD Leadership Award is named for one of NASTAD’s founding members, Dr. Nicholas Rango, MD, PhD, who was director of the New York State AIDS Institute before his death of AIDS in 1993. Nick was both a physician and a social scientist. During his tenure as executive director of the Village Nursing Home, he conceived and planned a pioneer three-phase long-term care AIDS program. He was appointed director of the AIDS Institute in New York State in 1987 where he was responsible for planning and coordinating New York’s response to the HIV epidemic.

In 1992, The New York Times said that “Dr. Rango is regarded by AIDS advocates as the conscience of AIDS in New York. He has attained that status through hard work and preparation, quadrupling the agency’s budget in the five years he has been director. But he has also done it through sheer personality, chutzpah, and outspokenness … in the opinion of many AIDS advocates, the agency has become a model for the country.”

“I believe that that anger should fuel the belief that activism and advocacy can change things for the better …and I want to urge you (AIDS directors), that you’re not angry enough. You are the protectors. If it is not for you, people with AIDS are going to go down the tubes. We’re not a bunch of bureaucrats, and if we are, we should move on. We are self-selected because we want to make a difference in this epidemic. People living with AIDS and those at risk need you. They don’t need you to be nice, all the time, and they don’t need you to be polite, all the time. They need you to be tough, when you have to be, and they need you to be unyielding, when you have to be, and they need you to be decisive in deciding how this damn epidemic has gotta be controlled. Because I believe you guys got the expertise – nobody else, not higher not lower. But it is not going to work if you see yourself as somehow free of conflict … with agencies like AIDS Action, with CDC or anyone else. Our credibility as an organization will be directly proportionate to the degree to which that advocacy and activism is perceived by other audiences.” - Nick Rango, 1993 Annual Meeting

NASTAD aired a tribute to Nick during its 1994 Annual Meeting that featured many of his colleagues, and adversaries, echoing similar superlatives about Nick: brilliant, resolved, angry, uncompromising, relentless, caring, compassionate, funny, lovable, and committed. Nick was a brilliant visionary I think that he had the capacity to see into the future to see what was needed and to keep his eye on the prize within his day-to-day work.

Because so many NASTAD members did not have the opportunity to know Dr. Rango, the following includes excerpts from the Commemoration Video of Nick Rango presented at 1994 Annual Meeting, including interviews with his colleagues and excerpts from his address to the membership at the 1993 Annual Meeting.

“One of my most striking images of Nick was at the first NASTAD meeting out in VA when members were together for the first time…and we had a panel discussion with reps from both HRSA and CDC, and I remember sitting with Nick at the end of the table and he was challenging them on budget issues and why they hadn’t requested additional resources up through the system, and he was challenging, he was aggressive and he was hard hitting and by the end of it we were shaking, and afterwards, I remember we went out in the hall and he apologized to me and for some reason he was concerned that he’d gotten too emotional. And it was both sides of Nick, he was angry and forceful and committed, but at times he also understood how difficult that was for everyone else around him.” Former NASTAD Executive Director Julie Scofield, 1994

“My strongest memory of Nick was my first meeting of being fascinated with this man standing up and scolding federal agencies who were trying to help us and telling them they weren’t doing it right. But he did it so passionately and with such obvious care that I fell in love with him on the spot.” Then Wyoming AIDS director Terry Foley, 1994

“One of my most vivid memories, several of us went to NYC to get into a dialogue with the planning council. Nick was at his best in expressing his dissatisfaction with the award for New York City and his flat indignation of the role that HRSA did not play in interjecting what the process was…we were in a position where we were not able to explain because nick already knew from his perspective and we were consistently for about 20 minutes, browbeaten by Nick and the council, including some spit thrown in our general direction and a chair. Nick was very clear in what he felt and had no qualms in being explicit with his expectations.” Eric Goosby, HRSA HIV/AIDS

“The last principle, and I think it is most important... is that, NASTAD, if it is to maintain its ethical position, must maintain its commitment equally to prevention and to care and treatment. And that ethical commitment means that those who are already infected need not only medical care, but support. It is our job to create programs that embrace these people and their loved ones, those who are at risk not yet infected must be reached and not simply with one dose of prevention and we must find a way to particularly get to the kids, whether the kids are defined as young gay men, as kids experimenting with drugs and needles, or as a recent series in the New York Times that’s been running called the Kids in the Shadows talked about, kids that have no sense of the future, kids on the street that are prostituting themselves, we must get to them and we cannot tolerate any abandonment of them. And that principle of maintaining equal commitment to care and treatment on the one hand and prevention and the other seems to be at the core of what NASTAD is about.” Nick Rango, 1993 Annual Meeting

Given the extraordinary achievements of NASTAD over the past year, I have the expectation that our annual meetings will be significant events in the struggle against AIDS, but I begin on a somber note because as a person directly affected by this epidemic, it is raining, and has rained and will continue to rain deaths upon us and that’s the reason for the anger the sharp edge that this organization can never lose if it is to be effective.

“I think NASTAD is the biggest legacy that I can attribute to Nick because he really has helped us grow up very fast and keep our mission and focus at the person level, where to care for people living with this disease and cut through all the BS to make that happen.” Then Indiana AIDS Director Dennis Stover

“Advocacy and activism within government - to me that is the thing that we need to constantly remind ourselves of is that we’re not victims of the bureaucracy, we’re in the bureaucracy to change it and that’s the one thing that Nick did better than anyone else.” Julie Scofield, 1994

“I have seen every program in all the states and I have seen all the programs in every epicenters in this country …Nick Rango’s vision was the best vision, the most comprehensive vision of developing a delivery system for a group of affected individuals and their loved ones…of any I have ever seen. Indeed, to this day, much of what we are trying to incorporate, Nick Rango had already defined and taken steps to incorporate into programs in New York and New York City.” Eric Goosby, HRSA

“I think Nick would be favorably impressed that NASTAD is having a third annual meeting, but Nick would be strongly berating NASTAD for not taking a stronger, more aggressive and loud position he would charge us with being too timid and too polite in fighting an epidemic which request just the opposite kind of attitudes.” Dennis Whalen, 1994 NASTAD tribute

A monthly dose of news delivered straight to your inbox.
END_OF_DOCUMENT_TOKEN_TO_BE_REPLACED