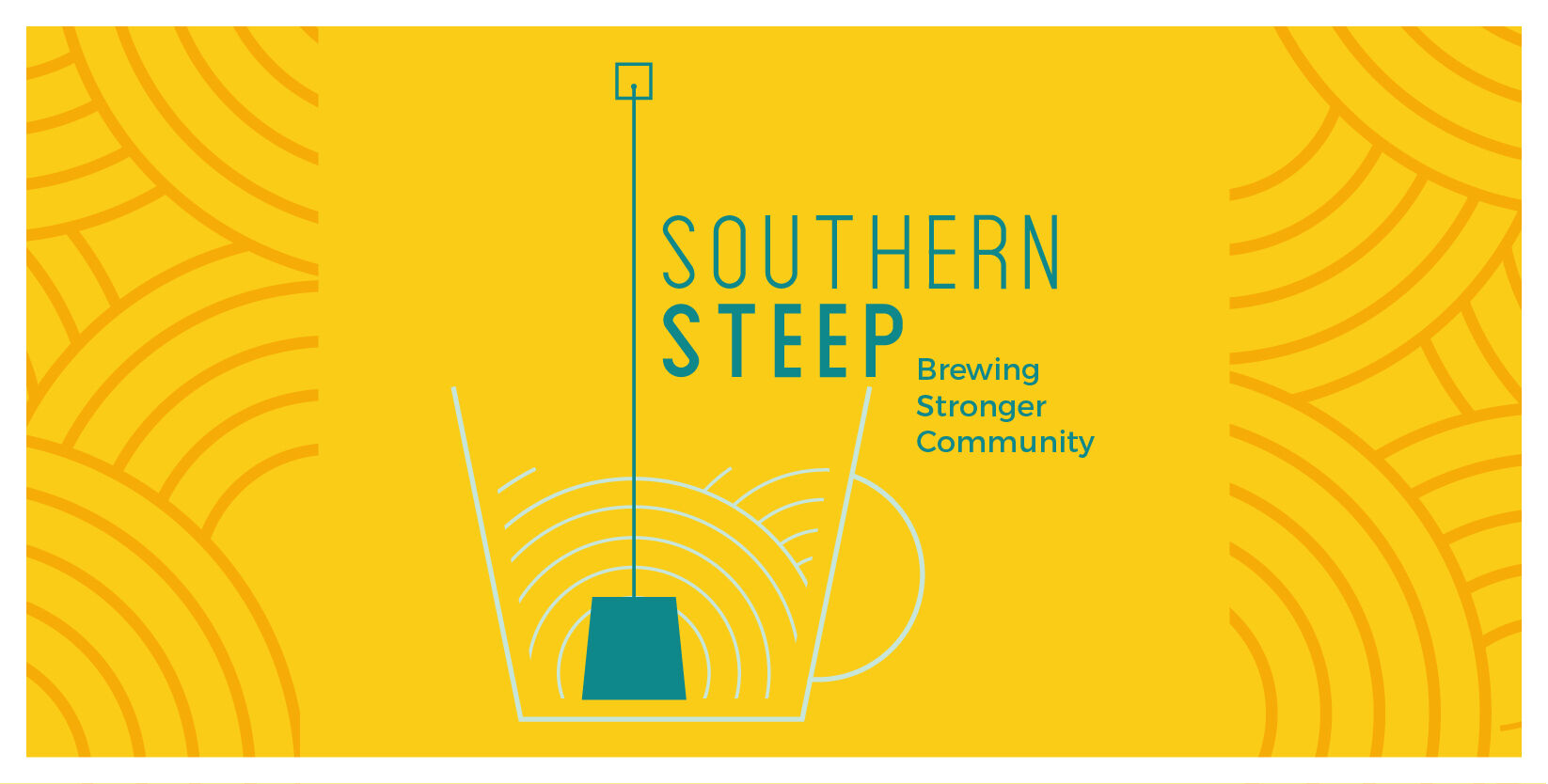 Advocacy Within Our DNA

In this episode, Bianca and Justine give well-deserved flowers and appreciation to Ms. Gina Brown, Director of Strategic Partnerships and Community Engagement, at Southern AIDS Coalition. As the daughter of a Black Panther, she was born into advocacy. Gina speaks candidly about how she’s opening the doors for other women living with HIV, keys to successful community engagement, and offers authentic self-care and burnout prevention tips.

This episode’s Southern Charm highlights the work of AcadianaCares, located in Lafayette, LA.

To learn more about the work of SAC, visit www.southernaidscoalition.org.

We're Back The Southern Steep team is back for Season 2, and the hosts have a lot in store for you! In this episode, we welcome our new hosts to the pod, share what to expect this season, and discuss the South's resiliency. We hope you enjoy this new season. To learn more about the House of Tulip, their work, and how to support them, visit: https://houseoftulip.org/.

The Spirit of Acadiana After decades of working in the HIV/AIDS field, Claude Martin, chief executive officer of Acadiana Cares in Lafayette, Louisiana, reflects on the evolution of the continuum of care. Martin recalls how he initially began this work – when hotlines were routed to homes, and car trunks constituted offices. He talks about how rural communities like his are responding to COVID-19 and still struggling with stigma and homophobia. Acadiana Cares has a longstanding housing program for people living with HIV; Martin shares lessons learned from setting up that successful initiative. "Acadiana" is the official name given to the French Louisiana region that has historically contained much of the state's Francophone population; it encompasses 22 parishes and covers more than 14,000 square miles. Acadiana Cares is one of several HIV community-based organizations operating throughout the region. To learn more about Acadiana Cares visit, https://www.acadianacares.org/.

Being Called to the Tent In this episode, co-hosts Nicole and Isaiah speak with NASTAD's very own, Lillie Armstrong, and Rev. Michelle Mathis on harm reduction in North Carolina. Michelle talks about how she was spiritually called to the tent leading her to quit her full-time job, establish Olive Branch Ministry, and focus on harm reduction work that "extend hope and extend life through nonjudgmental interactions" throughout ten counties in North Carolina. This episode's "Southern Charm" segment highlights North Carolina AIDS Action Network. This nonprofit organization leverages outreach and public education, policy advocacy, and community building to improve the lives of people living with HIV and affected communities in North Carolina. To learn more about Olive Branch Ministry, visit www.olivebranchministry.org. Feel free to connect with them on Facebook and other social media platforms. To learn more about North Carolina AIDS Action Network, visit www.ncaan.org.

A Seat at the Table In this episode, Jacobi, along with co-host Bianca Ward, speaks with Human Rights Campaign's Tori Cooper on the personal experiences that have influenced her professional mission. Tori discusses the past, the present, and the future, and her work in health equity, advocacy within the Presidental Advisory Council on HIV and AIDS (PACHA) and HRC, trans-centralized services and justice, and her hopes for the South. The conversation explores why and how her voice of reason dictates the shift towards much-needed dialogue supporting the rights of Black transgender women and their needs. Her seat at the table extends her voice and influence within and throughout countless spaces nationally, and she explores the intentionality behind that influence. This episode's "Southern Charm" segment highlights Abounding Prosperity, Inc. This nonprofit organization was founded in November 2005 in response to social and health disparities devastating Black men and their families in Dallas County. To connect and/or learn more about Tori Cooper and Human Rights Campaign, please visit www.hrc.org. To learn more about PACHA, please visit About PACHA | HIV.gov. To learn more about Abounding Prosperity, visit http://www.aboundingprosperity.org/. Feel free to connect with them on Facebook and other social media platforms.

The Inaugural Brew On this inaugural episode of Southern Steep, podcast hosts Bianca and Isaiah talk with Ashley Tarrant of Medical Advocacy and Outreach (MAO) on her work as Chief Operating Officer and how she discovered her "calling" as a doula in the Montgomery, AL community.

CommuniTEA Investment On this episode of Southern Steep, podcast hosts Nicole and Torrian talk with Daniel J. Downer, Founder and Executive Director of the Bros in Convo Initiative, on being a Black queer man leading a community-based organization in the South, the importance of investing in the community, and how the Bros in Convo Initiative is intentionally investing in the community of Central Florida.

The Pride of Alabama Veteran; public health advocate; public servant. Neil Rafferty, director of Birmingham Comprehensive High Impact Prevention (B-CHIP) for Birmingham AIDS Outreach, wears many hats. Neil talks to hosts Nicole and Isaiah about why he continues to devote his public service efforts to Alabama, and what led to his decision to seek (and win!) a seat in the Alabama House of Representatives. The hosts even had some suggestions for Neil on potential categories for his next ball walk.

Steeped in Manifestation Richard Hutchinson, Co-founder and Executive Director of He Is Valuable Incorporated, joins Bianca and Torrian to discuss how He Is Valuable's many programs address the ever-present challenges in the South, the concept of "radical visibility" to empower Black gay men, and the power of declarations when manifesting the world around you.

Meet The Co-Hosts For the very first time, all four co-hosts: Bianca (Capricorn/Leo), Nicole (Scorpio/Aquarius), Torrian (Virgo/Virgo), and Isaiah (Aries/Scorpio), join the same podcast to discuss how it all came together and why. The quartet discusses their hosting styles, their Southern charms, and the many NASTAD resources available to community-based organizations.

Joining Hands with The Commission Co-hosts Isaiah and Nicole sit down with co-collaborators in the South, the Latino Commission on AIDS, to discuss two of their programs: Hands United and Latinos in the South. The most guests on the podcast yet, conversations center on language justice, collaborations in the South, capacity building, and their respective journeys in the work.

Driven By Mercy Activist. Educator. Entrepreneur. Khadijah Abdullah, founder of Reaching All HIV+ Muslims in America (RAHMA) and the National Faith HIV/AIDS Awareness Day, shares how her belief in mercy and compassion has been the driving force behind her work and advocacy. Khadijah talks to hosts Bianca and Isaiah about how she has been using her voice to uplift the community during the pandemic while balancing herself and her family's needs.

Justine for Mayor! A powerful woman with a vision, while wearing many hats, Justine Ingram is making an impact in the South. Justine joins hosts Torrian and Nicole for a conversation on housing, the importance of investing in Transgender & Gender Non-Conforming (TGNC) communities, future plans, and her recent big news!

Keeping the Faith with MBK In a wide-ranging conversation, Mauda Monger of My Brother’s Keeper, Inc. joins Nicole and Isaiah to discuss lessons learned from providing technical assistance in the South, and the importance of community voices in advocating for the COVID-19 vaccine. The episode also discusses why “hard to reach populations” is a turn of phrase overdue for retirement, and why Black and Brown communities still need nuanced information about PrEP services.

Born For This Director of Data and Analytics at Mamatoto Village, Erin Snowden, shares her authentic and powerful journey in maternal health and the definition of “heart work.” Erin speaks passionately with hosts Bianca and Nicole about the impact of perinatal community birth workers on the lives of Black women and children and the power of data to tell true stories of what is happening in the Black community.

Empowered Women, Empower Women Dedra Spears-Johnson and Shawnte’ Spriggs of Heart to Hand, Inc are fierce, phenomenal women with a vision for Maryland (yes, Maryland is in the South). The synergistic duo joins hosts Bianca and Nicole for a conversation on transformational leadership, the value of advocacy, and their beginnings in the HIV movement. 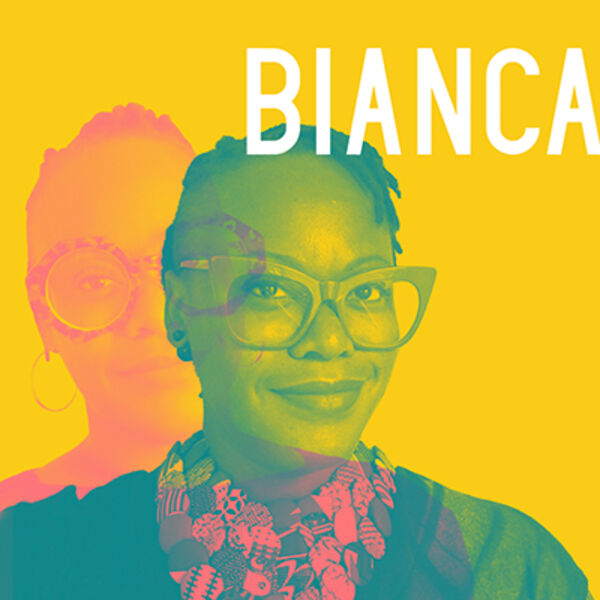 Although a Midwest girl at heart, Bianca Ward has spent the past 18 years living, working, and growing in the DC area. The South represents community, pride, and resilience, all of which fuels Bianca’s purpose and passion to serve. But more importantly, she now has a great appreciation for grits, which should always be savory and NEVER sweet.

Born and raised in rural Louisiana, Isaiah Webster III considers its people to be the most compelling aspect of the South. While the food, the music, and the weather offers comfort, the uniqueness of southern characters is what draws Isaiah back home and informs his perspectives on the podcast. 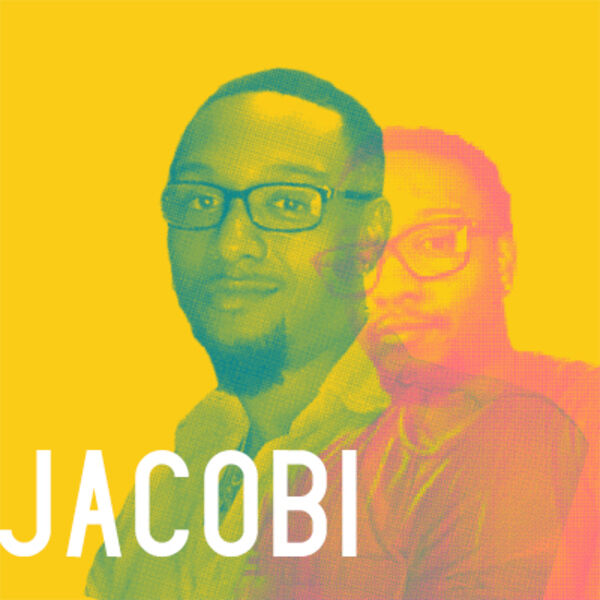 A true Texas man at heart, Jacobi Hunter-Wright attributes his southern charm and perspective to his unique lived experiences within one of the "melting pots" of the South. Living in the state where slavery truly ended further informed and fueled Jacobi's passion for serving as he recognized and garnished an appreciation for southern culture, resilience, pride, and diversity. His social and health justice advocacy coupled with his infamous Texas fried chicken and homemade sweet tea, the house-wine of the South, is what he believes to be his billet-doux to the South.

A native of Warner Robins, Georgia, Justine Ingram is the true definition of a "Southern Belle." Her quick wit, colorful personality, and deep southern accent make her the firecracker many people have come to love. Justine's fight for a healthier and equitable South is as deep-rooted in the rich history and legacy of the pioneers that came before her.

A 100 percent Florida girl, Nicole Elinoff loves the kitschy, unique charm the South has to offer (yes, including Florida man).  The love for community and the resilient nature of the South strengthens her desire to serve and brings her great joy. Just as much joy as collared greens, biscuits, and grits give her stomach. 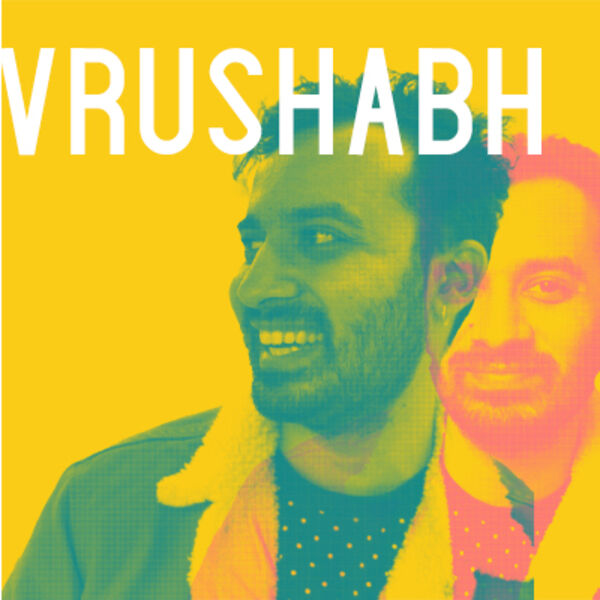 While his roots are in New Jersey, Vrushabh Shah has spent many moons traveling through, eating among, and building fellowship with communities across the South. The region mirrors some of the best values in each of us: warm hearts, open doors, and powerful legacies, an essence that guides Vrushabh's radical love for others and passion for justice. Always down for a kick-back and a good time, Vrushabh will come serving his Sunday best for a deep chat, a warm cup of tea, and wide smiles along the way."

HIV/AIDS and hepatitis news delivered straight to your inbox.
END_OF_DOCUMENT_TOKEN_TO_BE_REPLACED